Wow! What a fun project this has been. To be upfront, Stolen is a project I'm actively working on. And all I currently have to share, is this cover/jacket design you see here that I'm so fond of. I feel extremely lucky that each of the projects I've shared on my portfolio have had such a positive impact on my career. For Stolen, that was the chance to go for a theme that I like to call: "clever typography".

"Clever typography" I definitely wouldn't say is an industry term. It's just an idea that is frequently discussed on our team at Mascot Books. One thing I've noticed as a trend in book designs that I really like, is that designers can use minimal graphics and focus more on the typographic design of a book cover for certain genres. But it's important to incorporate some unique, and clever, concept to that cover design so that readers can get a sense of what they can associate this book with. So sometimes what designers can do, is design certain letters to be different than what they would normally be. Or they can add certain elements to a title design that wouldn't normally be there.

For Stolen, I began the design stage by researching comparable titles of the same genre. I found that there are not a lot of reputable titles out there that cover this same topic. So I took that as an opportunity to really challenge my creativity on this project and design something that stands out on a bookshelf and online listings. In my research, I decided I wanted to try out some of the "clever typography" I mentioned before. With a book like this, you could definitely design a cover that has literal graphics. Something like using images of thieves, or locks, or play more of the cyber angle. But the problem when you get too literal, is that you could potentially make the book appear more specific than it actually is. Therefore, you end up severely narrowing down your target market for the book.

Keeping in mind that we want to appeal to a broad range of readers, I continuously suggested we don't use any graphics that narrow the scope of the book. So after my initial research I began to sketch out ideas. One idea that I really had me excited, was dispersing the letters of the word 'Stolen' throughout the design of the jacket and leaving a void trace of letters on the front cover. This would imploy that the letters were, in fact, stolen from their expected location. That location being the front cover. The goal here is to entice the reader to pickup the book and open to more jacket components, having them try to locate the missing letters.

Next, I started to design the cover and jacket in the computer. I quickly selected bold, black letters and a yellow background for the design. In doing so, we can immediately imply CAUTION, and hint at the dangers that are covered within the book. The colors also have a strong contrast, which makes the title stand out. It was important to me as well, that the title was as big as possible. So another thing we did was break up the letters onto two lines. 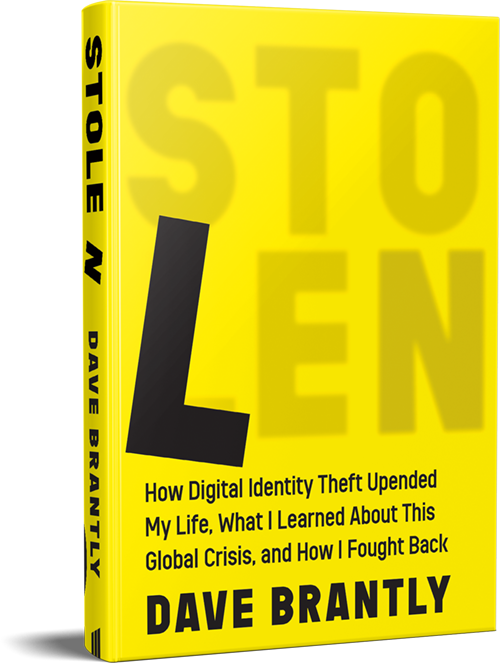 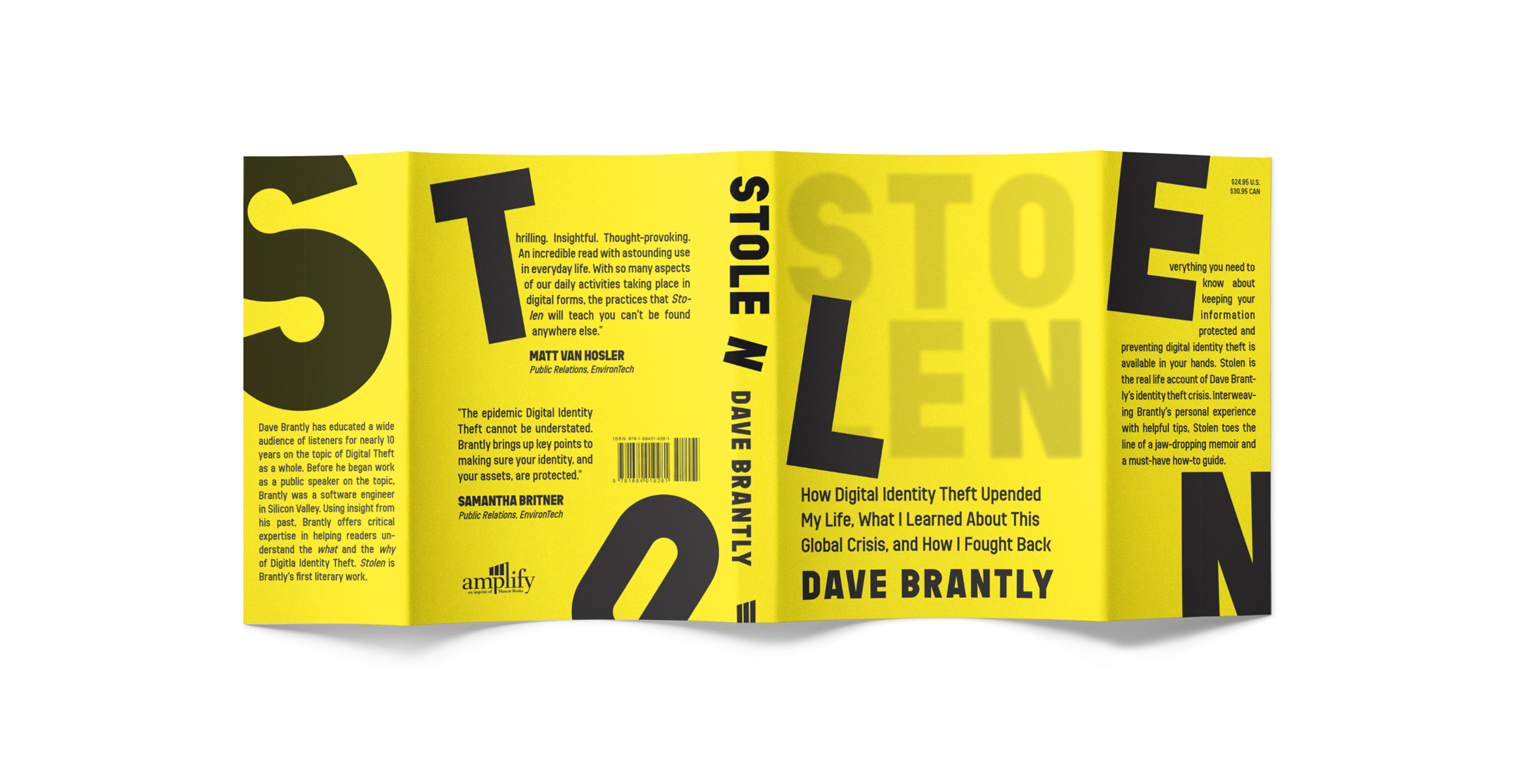