Jeremy, owner and sole proprietor of Jay's Handyman Service, came to me in the early stages of forming his new business. For roughly a year, he had been doing various types of handiwork jobs for clients that he had gotten to know through family and friends. As his dependable reputation grew, so did his business. One problem he wanted to solve was the absence of any visual graphic that represented his brand.

In our early discussions of an initial logo design project, Jeremy and I agreed that a simple badge-like design would be a great idea to pursue. We talked about how the logo should be flexible, iconic, and should work well in a few of the places he immediately planned to implement the logo: t-shirts and truck decals. After researching the industry, I mentioned that the logo should evoke bold and durable qualities. It's not the type of thing you can reach out and grab, but these traits can subtly make a client feel more confident in the decision to hire Jay's Handyman Service.

I began the work by sketching out different lettermark and wordmark options. An idea I was particular drawn to on paper was adding indentations to a capital J to make it resemble a curved screw. In addition to the indentations, I wanted to consciously design a slab-serif J so the design have a bold rectangle at the top of the letter, with another indent in the center. Since he's fond of working on small construction, we settled on a yellow-orange type color that is often associated with construction itself. We focused on the lettermark first and then designed full logo marks that included the title 'Jay's Handyman Service'.

Lettermarks are easily one of my favorite things to design. Seeing as though that was an early idea in our brainstorming stage, I had a lot of enthusiasm from the start. Jay's Handyman Service has been one of my most rewarding projects in terms of client satisfaction and strengthening my own skillset. 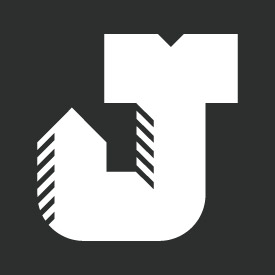 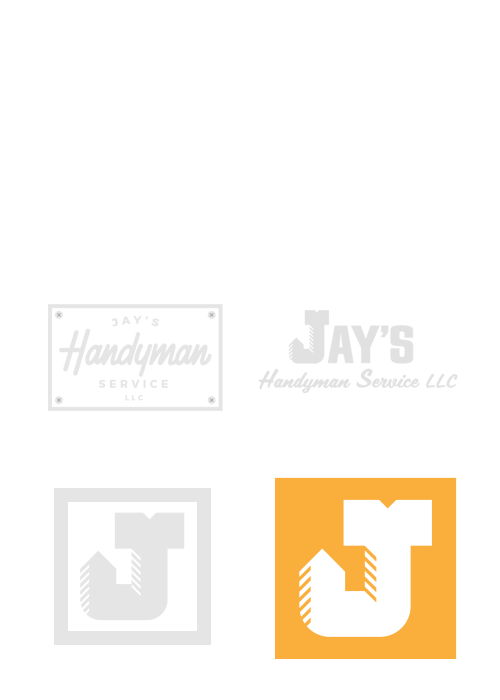